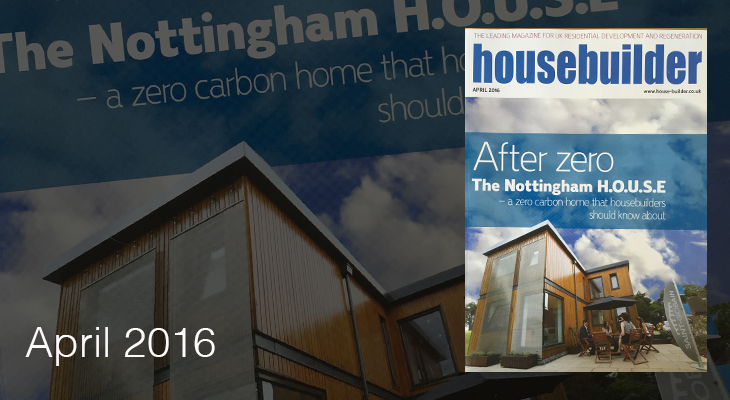 With the government’s focus on brownfield development and the drive to help small businesses back into developing, there is a move afoot to update a key tax incentive – Land Remediation Relief – to help in this area. Housebuilder reports

Brownfield – the government’s favoured option for new home sites and an obvious answer to the challenge of finding available building land on an island that is perceived to be over developed and where green fields and countryside are all but sacrosanct.

To underline this, last month the government began its brownfield register pilot as it seeks to create a database of available “pre-used” land across England. It revealed the 73 councils taking part in the pilot to identify and list brownfield sites owned by both the local authority and other parties – and these sites will have less onerous planning burdens in order to speed up development.

The government not only wants home building on brownfield sites but also wants smaller housebuilders to build on these sites – hoping that they might attract back the SMEs who have disappeared from the industry over the past years, forced away by barriers to entry such as regulation and cost.

This is all well and good – but there is still a concern that it is fine to identify brownfield sites and hope for SME involvement, but if these sites are still not viable, they will not be developed.

That is why the industry, through the Home Builders Federation, has joined forces with tax consultant The Fiscal Incentives Group and the Environmental Industries Commission, to lobby for a taxation change that will incentivise builders to tackle these brownfield sites by making them more viable.

Ben de Waal of The Fiscal Incentives Group says: “Identification of sites and planning (through the brownfield registers) are the essential first steps, but viability and capacity still present major challenges in delivering the new homes needed. The government wants 90% of sites on the brownfield register with planning in place by 2020. But our concern is: how will the homes on these sites be delivered? The focus on brownfield and easing planning in the Housing and Planning Bill is a great opportunity – but what we are saying is don’t stop there. Go with the next step and incentivise firms to build.”

What the three bodies propose is changes to Land Remediation Relief (LRR) to better reward those taking on the challenge of brownfield building.

LRR was introduced in 2001 with the aim of incentivising those willing to remediate brownfield sites for development. In simple terms the idea is that companies get 150% corporation tax relief on costs incurred in remediating a site. So, if remediation costs are £500,000 on a site where the profit after sale of the homes is £1 million, then this cost would be treated as £750,000 reducing the corporation tax on the extra £250,000 at the prevailing rate (currently 20%, so a saving of £50,000).

LRR has had a chequered history – there was slim take up at the beginning by an industry unused to corporation tax benefits and lacking awareness of LRR. But heavy tax liabilities in the peak of the market in 2007 and then the need for tax breaks in the recession saw an increase in take up to the point that it piqued the interest of HMRC. It launched an inquiry into LRR in 2009 and made changes which made it harder to claim.

The bottom line is that hardly any smaller housebuilders at all now claim LRR. “A lack of awareness and the fact that they need special advice to work out the benefit means that the smaller builders just don’t claim now,” says de Waal. “So the government wants brownfield development and small housebuilders involved – but the LRR is not acting as an incentive.”

de Waal joined forces with Matthew Farrow of the Environmental Industries Commission to develop proposed changes to the way the LRR works. These are:

Last year de Waal and Farrow took these proposals to the Treasury but the response was somewhat lukewarm. “The Treasury seemed to think it would be nice to have the changes but there would be a lot of work for potentially a small change,” said Farrow. “They asked us ‘if we made the changes, would they work?’”

As a result de Waal and Farrow approached HBF which took the ideas to the Tax Committee. “They told us that they did not put LRR in land appraisals at the moment,” said HBF’s Michael Powell, “but that they would be more likely to under these proposals and this would make sites more viable.”
Armed with this information, the team are now going back to the Treasury to try to convince them of the changes and to introduce them at the same time as new measures under the Housing and Planning Bill.

“It’s not a new initiative,” says de Waal, “it’s a change to an existing relief. This gives us hope that the changes will be made.”

A response is expected later in the year.